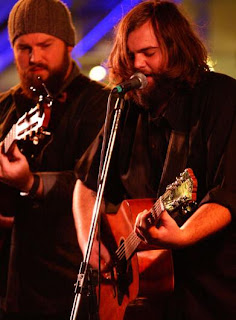 We are extremely delighted to welcome our special guest Mr. Levi Lowrey. Levi Lowrey is a fiddler, guitarist, and singer-songwriter who is currently touring nationwide with Sonia Leigh, Nic Cowan and the Zac Brown Band. The "Breaking Southern Ground" tour features all of the artists on the Southern Ground record label, which is the label of Zac Brown's Academy of Country Music Award-winning southern rock group--the Zac Brown Band.

Levi Lowrey comes from a musical background. His great-great-grandfather was influential in the development of bluegrass. Lowrey began playing the violin in the sixth grade. He was playing bluegrass in the seventh grade. By high school he was singing and before long he was playing guitar and writing his own songs. After a recent performance in New York City, an Atlantic Records executive approached Lowrey saying "I had to meet you. You silenced a New York City crowd."

Listen to our interview with Levi Lowrey as well as a stunning acoustic/vocal performance recorded just for all of you listeners. Tune in from anywhere in the world online!