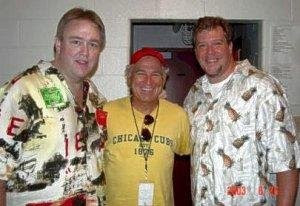 This and that from Mr. Lifestyles

Ladies and gentlemen, I apologize for not writing on here more frequently. I have been so busy! I never got to tell you folks about our last night in Pensacola Beach, Florida. You know how people don't swim in the ocean at night? That's probably a good thing. Herr Benjamin and I were fishing for the big ones while wading out waist deep. It's dark and feel something brushing against my leg. Earlier in the evening we saw a HUGE shark swimming out, but as you can tell we are a couple of boys with no common sense. After catching a few crabs Benji decides to go get this ultra bright light. Lo and behold we were swimming in shark infested water. If you are guessing this is the part of the script where we get out... The answer is no. For some reason, we decide to continue fishing for the big ones. I had it in my mind to catch a shark. I was told this was foolish. You only live twice. As fate would have it, we got our wish! I learned something. Sharks do not like to be caught.

On the way back we decided to go to the Hank Williams Museum. I recorded an interview with Beth Petty the manager of the museum. We called it Hats Off to Hank. Some of you got to hear it. All in all it was a good trip.

It's kind of hard to write this blog because of how excited I am. In my last "journal-type" entry I foreshadowed that Benny Spellman lived in Pensacola. Upon returning to Georgia I got a call that Mr. Spellman had received my letter and would like to do an interview the next time I am in Pensacola. (Which by the way will be soon!) I will be stopping in to interview him on my way to New Orleans!

It's been a wild few days. Many of you know my all time favorite musician is Fats Domino. I was considerably surprised to pick up my phone with "Antoine Domino" on the caller ID. The next morning I was wakened up with "Harry Connick" on my caller ID. Then I hear back from Mungo Jerry, Santo & Johnny and Pat Metheny. All of these things are looking good. We are about to hit our sixth year of broadcasting. Stay tuned because there is plenty more coming! We will make it to a seventh year, Lord willing!
Posted by Paul Leslie at 7:07 PM No comments: 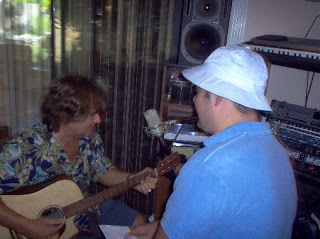 Gene Mitchell unplugged performance on TAIT Radio
TAIT Radio Presents an interview and Unplugged Acoustic/Vocal Performance with Gene Mitchell, recorded on location in Panama City Beach, Florida!
Gene Mitchell is the first guest to be interviewed three times on TAIT Radio. He is a singer, songwriter, entertainer and recording artist. On this episode, Gene Mitchell will be giving us a swing around the islands. Gene writes songs about tropical islands, tropical beaches, tropical drinks, sailing, island adventure and romance. He has released a total of ten albums featuring some of the best musicians and in my opinion they are pure enjoyment. This show will feature the music and storytelling of Gene Mitchell. In addition to a conversation with Gene Mitchell he will be giving our listeners an unplugged acoustic/vocal performance. Tune in online from anywhere in the world!

For more information visit http://www.genemitchell.com and http://www.taitshow.com
Posted by Paul Leslie at 9:31 PM No comments: 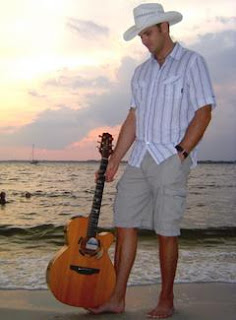 Growing up and residing on the South Alabama Coast, Wes Loper progresses into stardom and entertains professionally across the region. He has performed along the gulf coast for the past eight years and continues to mix Rock, Country, Blues, and Folk music to create his own style with a funky, beach side feel.
After enjoying the local success of his debut album, “Take Me Home,” Wes joined with a team headed by Mac McAnally featuring musicians from Muscle Shoals and Nashville to record a breakthrough album of Country and Southern Rock! This second studio project entitled “Keep On Growin’” is available. Wes Loper is renowned at legendary venues like LuLu's at Homeport and the Florabama. Join us for an interview recorded on the road and tons of great music from Wes Loper and others!

Listen in from anywhere in the world online.

For more information visit Wes Loper at http://www.wesloper.com and http://www.taitshow.com
Posted by Paul Leslie at 5:28 PM No comments: