THE MAGIC OF THE MUSIC: The Birth of a Parrot Head Nation (Part 1 of 4)

THE MAGIC OF THE MUSIC: THE BIRTH OF A PARROT HEAD NATION (Part 1 of 4)
A Four-Part Series on the Time After Island Time program
Produced by Paul Leslie and Jeff Pike

It was in the early part of 1989 when Scott Nickerson got the idea to start the very first Parrot Head Club--The Atlanta Parrot Head Club. Scott met so many interesting people in the parking lot before Buffett concerts that he decided he wanted to enjoy the camraderie throughout the year. On April 1, 1989 Scott and about 15 others met at Chastain Park, where so many legendary Buffett concerts had been held. This was the first Parrot Head Club meeting, the Birth of a Parrot Head Nation. Scott never dreamed of what would result 20 years later--a total of $13 million in contributions and almost 2 million volunteer hours.

The time and place were right. Maintaining and building a steady interest and love for Jimmy Buffett's music was an Atlanta musician named Jeff Pike. In the years preceding the conception of the club, Jeff was performed at bars like Pufferbelly's and the Checkered Parrot. Jeff noticed an intense appreciation and request for Jimmy Buffett's songs. He sought to learn the more obscure songs and developed a steady following.

By 1989, Buffett was getting bigger than ever. Buffett released Tales from Margaritaville, his best-selling collection of short stories and Off to See the Lizard, the first album with his brand new band. 1989 was the year and Atlanta was the place. The magic of the music brought the fans together.

On this episode of Time After Island Time, we welcome Scott Nickerson and Jeff Pike who in addition to witnessing the early days of the Parrot Head Nation, performed in the duo A1A: The Official and Original Jimmy Buffett Tribute Show...the only band to ever be recognized by Jimmy Buffett himself. For the first time ever, the complete story is being told. On Part One we will be covering 1989 to 1993. With music and conversation we invite you to listen into Time After Island Time from anywhere in the world via Radio JimmyDreamz at
www.radio.jimmydreamz.com

The culmination of this 4 part series, but most importantly the last 20 years of the first Parrot Head Club will be celebrated on April 4, 2009 in Atlanta, Georgia. We invite you to join us as the history comes alive. http://www.atlantaparrotheadclub.org/party.htm
Posted by Paul Leslie at 11:35 AM No comments:

J. D. Souther special on Time After Island Time (part one of two) 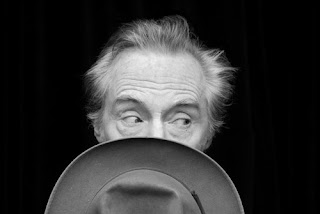 Join us for the second part of this two-part special on the legendary J. D. Souther. Souther is a singer-songwriter and performer perhaps best known for his fabulous songs. He co-wrote some of the biggest hits for Eagles, and has written songs for people like Linda Ronstadt, Bonnie Raitt, Jimmy Buffett and many others. J. D. Souther has worked with artists ranging from Jackson Browne, James Taylor, and Warren Zevon. His solo albums have had an international following, and he spoke with us about his life in music and his newest solo album, “If the World Was You,” which is his first record released in 25 years.
We invite you to join us as we become familiar with J. D. Souther—the man and his music.
Tune into Time After Island Time from anywhere in the world via Radio JimmyDreamz at http://www.radio.jimmydreamz.com

http://www.jdsouther.net
Posted by Paul Leslie at 8:44 AM No comments: