The J. D. Souther special on Time After Island Time (Part one of two) 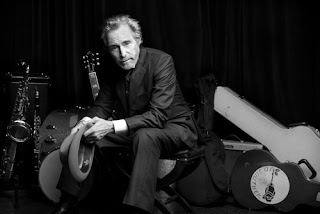 Produced by Paul Leslie and Jeff Pike
Legendary Singer-Songwriter J. D. Souther joined us for a conversation at the Ritz-Carlton in Atlanta, Georgia. Souther is perhaps best known for his songwriting. He has co-written and written songs for the Eagles, Linda Ronstadt, Bonnie Raitt, Warren Zevon, Jimmy Buffett and others. J. D. Souther has also recorded five albums of his own. In 1979 he had a hit with his Roy Orbison influenced song "You're Only Lonely." His music has been covered by too many artists to name and his vocals have been heard on many popular recordings including his duet with James Taylor, which he co-wrote, "Her Town Too."
In this rare interview, J. D. Souther joined us to talk about his new album, "If the World Was You," which is his first release in 25 years. We invite everyone to tune in to hear J. D. Souther's story and also his music. "If the World Was You" is one of the most interesting records released as of lately, proving that there are still great songwriters out there making true art.
Tune into Time After Island Time from anywhere in the world via Radio JimmyDreamz at www.radio.jimmydreamz.com 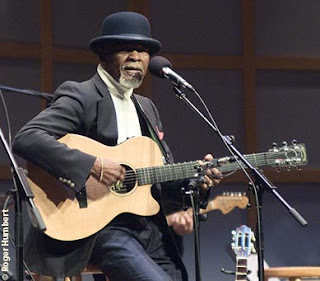 On this episode we welcome Mr. Andrew Marcano who will always be known in the world of Calypso as Lord Superior. He first crossed paths with the reigning King of Calypso, the Mighty Sparrow at the tender age of 17. Today, Lord Superior is considered by some to be the guardian of Calypso's legacy and culture.

Checking in from Trinidad, Lord Superior discussed his involvement in the documentary film "Calypso Dreams," which chronicles the history and mystery behind calypso, a music that is about life. He also discusses his musical roots, his opinions on the genre and the story behind many of his clever songs. When you hear the story and the music, you will join us in echoing his statement, "Long Live Calypso!"
Tune into Time After Island Time from anywhere in the world via Radio JimmyDreamz at www.radio.jimmydreamz.com

For more information check out www.calypsodreams.com
Posted by Paul Leslie at 9:09 PM No comments:

Michael Horne, Producer of the Calypso Dreams documentary is a special guest on Time After Island Time

On this episode we welcome Mr. Michael Horne who produced the documentary film "Calypso Dreams." Calypso Dreams features exclusive interviews, footage and musical performances from some of the greatest Calypsonians of yesterday and today. Michael Horne discovered Trinidad after learning to play the steel pan, which lead him to visit Trinidad. There, he eventually discovered the Calypso tents and became infatuated with a distinctly Afro-Caribbean genre of music which many are calling a dying art.

Along with the interview, we play some of the most unique music around--traditional, authentic calypsos. Tune into Time After Island Time from anywhere in the world via Radio JimmyDreamz at www.radio.jimmydreamz.com

For more information check out www.calypsodreams.com
Posted by Paul Leslie at 6:20 PM No comments: 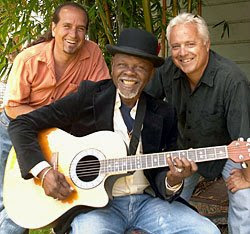 On this episode we welcome Dr. Geoffrey Dunn, producer and director of the documentary film Calypso Dreams. Calypso Dreams features interviews and musical performances filmed in Trinidad. It welcomes the greatest Calypsonians of all times, and seeks to answer the questions what is Calypso and what is going to happen to it?

Along with an interview with Geoffrey Dunn we will be playing some of the rarest calypsos anywhere. Join us as we take a fascinating look at a uniquely Afro-Caribbean music which may or may not survive the passing of time.

For more information check out www.calypsodreams.com
Posted by Paul Leslie at 3:47 PM No comments: