William Buffett is a special guest on Time After Island Time 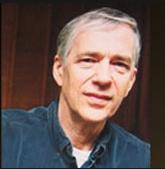 Our special guest William Buffett is an artist whose paintings of New Orleans Jazz musicians and tropical and coastal landscapes have been reproduced and made popular around the world. William Buffett was born in Lincoln, Nebraska in 1935 and graduated from the Art Center College of Design in Southern California. The shores of the Pacific Ocean with picturesque palm trees and glimpses of the sea have always dominated his artwork. He became interested in New Orleans Jazz in his youth and New Orleans jazz players went on to become a lasting subject in his paintings.

Along with plenty of music, it is our pleasure to feature an interview with William Buffett--an artistic genius with something to say. Looking at his paintings you can almost feel the breezes of the ocean or hear the sounds of the jazz bands down in New Orleans. Tune in for William Buffett's fascinating story and a diverse selection of music.

You Can Now Tune Into TAIT 7 Days A Week! *Eastern Standard Time* 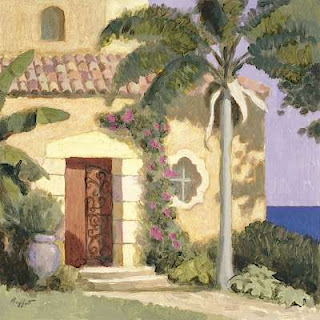 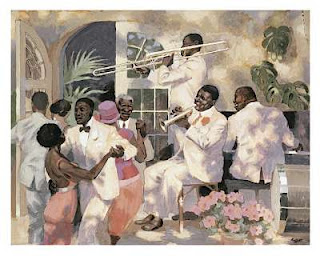 You Can Now Tune Into TAIT 7 Days A Week! *Eastern Standard Time* 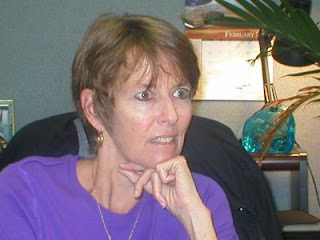 On this episode we welcome writer and publicist Carol Shaughnessy whose work has covered many facets of the tourism and entertainment world. Carol Shaughnessy has spent almost her entire life in Key West, Florida; a place she speaks of with warm reverence. Her life in the Keys has allowed her to meet many fascinating people--including the legendary Phil Clark, a man she loved and in his later years was engaged to. Phil Clark was the subject of what is perhaps one of Jimmy Buffett's most loved classic songs, "A Pirate Looks at Forty." Shaughnessy went on to work for Jimmy Buffett as the head of his mail-order business and fan-relations person, answering all correspondence from fans. She was the first editor of Jimmy Buffett's successful Coconut Telegraph publication, for the first three years of it's existence. Carol Shaughnessy has chosen the adventurous route in life, whether serving as a former director of Key West's Hemingway Days festivals, writing and recording the stories of so many fascinating residents of the Conch Republic or her current role as owner of the public relations firm Shaughnessy & Friends.

Along with some great music we will hear the story of Carol Shaughnessy, a woman with a Key West heart. She explains what she calls "the Margaritaville Mystique" as well as the Magic of Key West in what we feel is a truly beautiful story of someone who can truly say "I Have Found Me a Home." Tune into Time After Island Time from anywhere in the world via Radio JimmyDreamz at www.radio.jimmydreamz.com

Check out www.carolshaughnessy.com
Posted by Paul Leslie at 6:55 PM No comments:

THE MAGIC OF THE MUSIC: The Birth of a Parrot Head Nation (Part 4 of 4)

THE MAGIC OF THE MUSIC: THE BIRTH OF A PARROT HEAD NATION (Part 4 of 4) - a Four-Part Series chronicling the history of the very first Jimmy Buffett fan club on the Time After Island Time program - Produced by Paul Leslie and Jeff Pike, Creative Consultant Monte Tolar
In this grand finale episode we explore the revival era of the Parrot Head Nation, 2004 to the present. Our special guest is Monte Tolar who has long been associated with the Atlanta Parrot Head Club. Monte authored the by-laws of Parrot Heads in Paradise and gave one of the most enthusiastic and insightful look into the Present and future of the Atlanta Parrot Head Club, and the meaning of it all.
Jimmy Buffett’s illustrious career as a recording artist, entertainer and writer only grows year after year. Since his #1 duet with Alan Jackson, “It’s Five O’Clock Somewhere,” and a successful cross-over into country music, his following only increases and even spreads over into other mainstream artists. Parallel to Buffett’s career, the Parrot Head Fandom only increase in numbers and spread to more and more remote places of the world. Join us as we look back at the last five years of the Parrot Head Revival on Time After Island Time on Radio JimmyDreamz via http://www.radio.jimmydreamz.com
Monday - 3:00 PM – March 30, 2009
Wednesday - 9:00 AM – April 1, 2009
Thursday - MIDNIGHT – April 2, 2009
Saturday –Before Live Broadcast – April 4, 2009
*All Broadcasts are Eastern Time*
A1A and Coral Reefer Nadirah Shakoor welcome you to Wild Bill’s concert venue http://www.wildbillsatlanta.com in Duluth, Georgia as we celebrate the 20-year history of the Atlanta Parrot Head Club http://www.atlantaparrotheadclub.org/party.htm
Posted by Paul Leslie at 6:32 PM No comments:

THE MAGIC OF THE MUSIC: THE BIRTH OF A PARROT HEAD NATION (Part 3 of 4)
A Four-Part Series on the Time After Island Time program
Produced by Paul Leslie and Jeff Pike, Creative Consultant Monte Tolar

On this four part series we are chronicling the history of the very first Jimmy Buffett fan club. The original club was established 20 years ago and called the Atlanta Parrot Head Club, which resulted in the birth of a Parrot Head Nation, an international network of Parrot Head Clubs with Buffett fans joining not only for recreation, but also to give back to their local communities, volunteer and raise money for charitable organizations.
On this episode, we will be exploring the third era—1999-2003, the formative years where the groundwork was laid for the current international Parrot Head movement. During this era, a new genre of music called “trop rock” was rising into the public consciousness. Inspired by not only the caribbean but also the work of Jimmy Buffett—artists like Jim Morris, Sunny Jim and St. Somewhere gained dedicated fans in large part due to the Parrot Head Nation and their gatherings called “Flockings.”
As the Parrot Head Nation continued to grow, Jimmy Buffett continued performing and recording and expanding his businesses with his own record label, Mailboat Records, more Margaritaville Cafes and stores and even an internet radio station.
The clubs that were formed over the previous era matured and grew and new clubs solidified around the world. The annual gathering of Parrot Heads known as Meeting of the Minds had moved from New Orleans to Key West and in 1999 attendance, fundraising, and community service hours reached an all-time high. As the Parrot Head madness continued flourishing and spreading, a craving for more flockings resulted in more regional events with names like Stars on the Water, Fins to the Left, Phlocking of the Phaithful, Stars Fell on Alabama and others. Back home in Atlanta, the Atlanta Parrot Head Club volunteers became a major factor in the success of the Atlanta 2-day Breast Cancer Walk, and an Atlanta Parrot Head cruise was established which continues to break records in attendance and raising money for Atlanta Breast Cancer Research. The Parrot Head nation was alive and well.
Our special guests on this episode of Time After Island Time are Wayne Myers longtime leader of the Atlanta Parrot Head Club and Brad Rogers, a longtime Atlanta Parrot Head Club member who has been described as the consummate Parrot Head, known for his entertainment of crowds both in the parking lot but also inside concert venues. We invite you to listen into the music and the stories from anywhere in the world on the Time After Island Time show on Radio JimmyDreamz at www.radio.jimmydreamz.com
Monday - 3:00 PM – March 23, 2009
Wednesday - 9:00 AM – March 25, 2009
Thursday - MIDNIGHT – March 26, 2009
Saturday - 8:00 PM – March 28, 2009
*All Broadcasts are Eastern Time*

The zenith of this series as well as 20 years of Parrot Head Madness will be celebrated with music and festivities at Wild Bill's in Duluth, Georgia. The headline act is A1A with special guest Coral Reefer Nadirah Shakoor. www.atlantaparrotheadclub.org/party.htm and www.wildbillsatlanta.com The event benefits the Atlanta Food Bank.
Posted by Paul Leslie at 6:32 PM No comments:

THE MAGIC OF THE MUSIC: THE BIRTH OF A PARROT HEAD NATION (Part 2 of 4)
A Four-Part Series on the Time After Island Time program
Produced by Paul Leslie and Jeff Pike

On this episode of Time After Island Time we are exploring the second era of the Parrot Head Nation, the years 1994-1998, what we will refer to as the "explosion." Not only did the Parrot Head Nation grow in numbers, but also in activity. Throughout the second era, Parrot Head gatherings, known as "flockings" flourished. Official and organized Parrot Headism had spread from Atlanta to other areas and as the Atlanta Parrot Head Club's founder Scott Nickerson mentioned in part one--back in 1992, the first annual meeting of club members had taken place in the French Quarter of New Orleans, Louisiana. The largest event, Meeting of the Minds (or MOTM) continued to be held annually in New Orleans until the 1998 MOTM, "Back to the Island," which was held in Key West, Florida.

As the Parrot Head Nation swelled, so did Jimmy Buffett in his career as a performer, recording artist and author--providing his fans with the magic of the music, which caused reason for congregation and celebration. In May of 1994, Jimmy Buffett released "Fruitcakes" his first studio album in 5 years. Buffett's eager fans clamored for the album, causing it to reach #5 on the Billboard 200 album chart. The music video of the "Fruitcakes" single was filmed in Universal Studios in Orlando, Florida featuring many members of the Atlanta Parrot Head Club. Ever the prolific songwriter, Buffett would follow this with the 1995 literature-inspired "Barometer Soup," released in 1995. 1996 brought an acoustic-based album entitled "Banana Wind," and "Christmas Island," his first holiday album. Literary inspiration found Buffett collaborating with best-selling author Herman Wouk in a musical based on Wouk's 1965 novel, "Don't Stop the Carnival." Working as the sole songwriter, Buffett wrote all of the songs and released an accompanying album by the same title. Amidst five years of successful concert tours and endless sold-out shows to an ever-growing Parrot Head Nation, Buffett would close out this era with a look back at his life of adventure, travel, creativity and music with an autobiography and travelogue entitled "A Pirate Looks at Fifty." The book went straight to #1 on the New York Times Best-Seller non-fiction list.

We invite you to join us as we take a look at the Magic of the Music which resulted in the Birth of a Parrot Head Nation. We'll be looking at the second era from 1994 to 1998 and we welcome two special guests. Ann Gotthelf, one of the very first members of the Atlanta Parrot Head Club who has been a fan since seeing Buffett in Athens, Georgia in 1972. We also welcome longtime member of the Atlanta Parrot Head Club, Joel Oates who holds the distnction of attending every single Meeting of the Minds from New Orleans to the present conventions in Key West, Florida. We invite you to join us for the magic of the music on Time After Island Time from anywhere in the world via Radio JimmyDreamz at www.radio.jimmydreamz.com